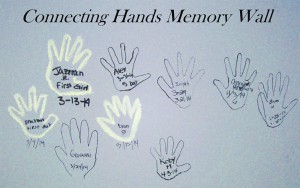 Maryvale opened its St. Vincent de Paul Emergency Placement Center on February 4, 2014 and immediately began serving both boys and girls ages 6 to 12 years old in need of short-term care. In its first 60 days of operation, the Center has served over 27 children. The family-style environment creates a safe, warm, and loving environment for each child.

Sammie was one of the Center’s first children to arrive after some rather significant struggles. Some of her behaviors included verbal and physical aggression towards staff and other children. During her stay, she participated and interacted with other children and caring adults. Within a short period of time, Sammie began to feel that she was loved and belonged, possibly for the first time.

Sammie began to flourish and a there was a significant reduction in her aggressive behaviors. She displayed a strong interest in the program and volunteered to help the younger children in the Center. She found that, despite what she felt about herself, she made a great role model for the younger children in the Center. As Sammie’s short time in the Center came to an end, the County approved her move to Maryvale’s Residential Program until she can be placed in a foster home.

When a child leaves the Emergency Placement Center, they are not forgotten. Before each child leaves, they are invited to trace the outline of their hand on a dedicated “memory wall” in the Center created to remember the children who have been cared for in the Center.